Edna's Law is needed to protect vulnerable people but also the general public in everyday life.

Everyone is Edna whether they know it or not.

Whistleblowing in NHS or care gets a lot of media coverage but Edna's Law applies to all sectors.

Eileen Chubb of the BUPA Seven

(We are trying to obtain the video which is currently offline)

Edna's Law provides for appropriate compensation to the whistleblower.

It is important to note that this is not the same as "rewards, bounties or incentives" being proposed by other organisations and the                     All Party Parliamentary Group on Whistleblowing which has WBUK/Georgina Halford-Hall as the secretariat.

Please see "Misconduct of WBUK" and ex-Co-Chair Norman Lamb's letters about why he resigned from that APPG,

because Georgina Halford-Hall refused to answer his questions on finance put by a concerned third party.

What did the rest of the APPG do?  Complete silence.  No mention of his resignation or questions on APPG or WBUK websites.

A genuine whistleblower's motivation is always to stop wrongdoing and risk -

they don't stand around thinking "How much money will I get if I report this?"

The Whistler rejects all such schemes

and such schemes put money as more important than issues affecting people's health and safety.

people to speak up - there is "right" and "wrong", and if you see wrongdoing you must speak up.

UK whistleblowing legislation is not dealt with by the Ministry of Justice,

instead it is the responsibility of the Department of Business, Innovation and Skills.

Many issues reported by whistlers are caused precisely by this attitude:

In construction, some employers find it cheaper to ignore or cut corners on safety issues, and blacklist union reps,

in care homes it is cheaper to run on minimum staffing.

Safeguarding of profits, not people, is often the motivation.

Edna's Law does not focus on money,

instead it puts the public interest and vulnerable people like Edna right at the heart of the law.

The current UK law is the

PIDA does not stop the

In fact it often leads to

concealment of them and the public never hears of the issues which may have affected them adversely. 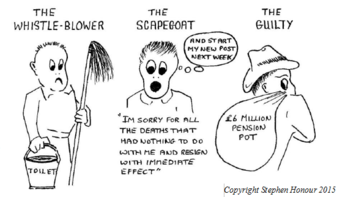 up against experienced barristers and legal and HR teams. 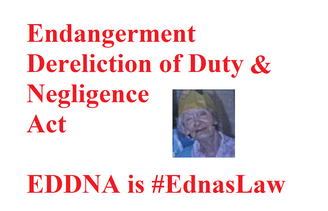 Some whistleblowers did manage to get to a tribunal, and even won their PIDA cases but the wrongdoing and risks continued with no-one held to account.

​Many culprits are in senior posts now, some with O.B.E or C.B.E after their names 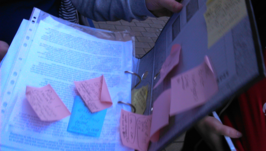 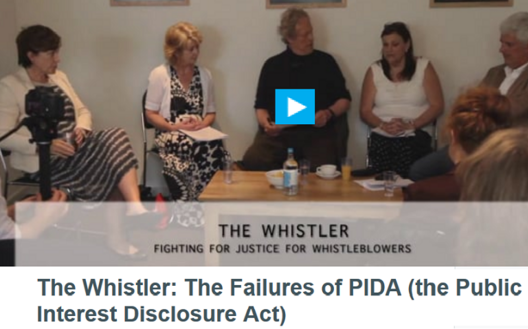 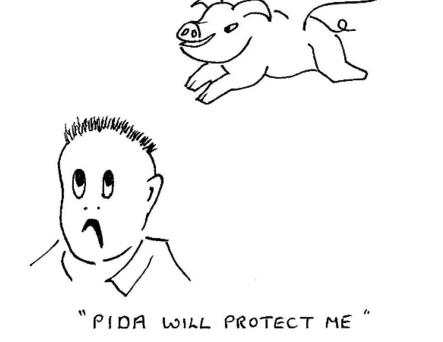 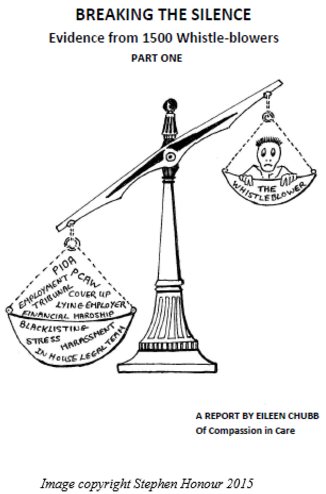 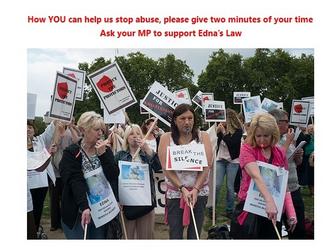 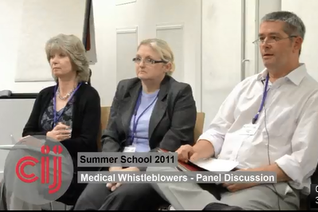 There Is No ME In Whistle-Blower

to see how Edna ensures accountability 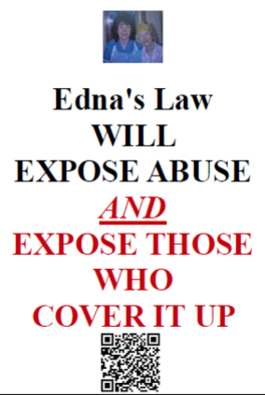 Margy sums up what all genuine whistleblowers say, no matter what sector they're from, their

over-riding aim is always to stop the wrongdoing and risk - that's why it's easy to tell the difference between the real and the fake whistleblower. 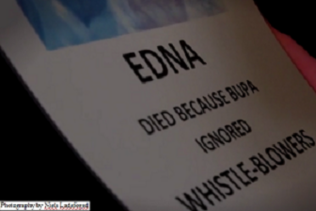 Even if a whistleblower does manage to get to

an employment tribunal, it will not investigate the reported concerns, and

has no power to take action on the issues.

Employers can even make deliberately misleading sworn statements on oath and get away without penalty even when the Judge finds out, as we will prove

when we achieve an *acceptable* inquiry into past whistleblowing cases, for which we are now compiling the evidence.

We call for Edna's Law and a public inquiry into whistleblowing in all sectors, because the Public Interest Disclosure Act

and the Francis Review have

failed to protect the public, the victims or the whistleblowers in any sector.

We call for:
1. ONE law to protect ALL whistle-blowers in ALL sectors: Edna’s Law.

2. A public inquiry so that those responsible for wrongdoing, including victimisation of whistleblowers, or concealing wrongdoing are held to account and the wrongdoing of organisations and individuals can be exposed to avoid recurrence.

3. That all those whistle-blowers who have been failed by the system and by the Public Interest Disclosure Act be given full redress.

Without accountability nothing can truly change. This is the root of the problem.

It is impossible to build “a new culture” on an unjust and rotten foundation and to try to do so is to condone the past wrongdoing.

Edna’s Law will protect the protectors

and therefore protect the public.

are based on the evidence from thousands of whistleblowers

since the introduction of PIDA,

compiled by Eileen Chubb in

Part 4 is now being prepared.

​We know what is needed because

we listened to those failed by PIDA.

Over 8000 have now contacted us.  Please see quotes from some in

There Is No ME in Whistleblower

about some of these people of integrity.