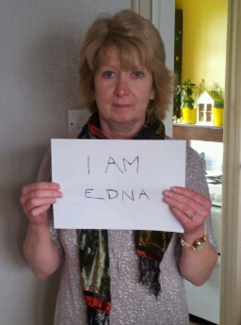 We have helped many whistleblowers from varied backgrounds,

financial and regulatory organisations, the police, the military, as well as government and office workers.

We believe it is essential to give legal protection to those bringing crimes, malpractice and acts of abuse into public scrutiny,

to hold to account employers, the wealthy and powerful.

in the public interest.

Director & Founder of Compassion In Care.

Eileen is one of the "Bupa 7" whistleblowers who became the first PIDA case.

She campaigns to expose abuse and neglect in care settings and has been undercover in over 300 homes across the UK.

Gavin and Eileen co-founded The Whistler because of their insistence

that ALL whistleblowers need and deserve support.

This commitment continues at the Whistler, that whistleblowers in the military like Chelsea Manning, and low-paid workers raising concerns need and deserve support just as much as workers on high salaries in the financial sector.

a huge loss of a man of great integrity who will never be forgotten.

He left a lasting legacy of fierce determination and courage in all he inspired to expose inconvenient truth -  Rest In Power Gavin!

The Centre for Investigative Journalism (CIJ) is committed to the education and training of journalists, editors and researchers towards critical in-depth reporting and defence of the public interest.

It provides and facilitates the education of the public and the community in the craft, culture and methodology of journalism, for the benefit of public integrity, accountability and an informed body politic.   CIJ offers practical expertise and in-depth research resources for journalists, researchers, non-governmental organisations, graduate students and others interested in high standards of factual accuracy, fairness, ethics and professionalism.

CIJ has been training and providing resources to reporters, researchers, NGOs, activists and the community for eleven years.

It publishes the Logan Handbooks, organises annual summer schools, produces one of the world's only investigative film festivals, and provides regular and bespoke training programs on company documents, data scraping and analysis, covert recording, and information security all over the world.  The CIJ offers particular assistance to those working in difficult environments where freedom of the press is under threat and where reporting can be a dangerous occupation.

Gavin researched and produced stories on child labour, pollution and

He was always motivated by a strong commitment to the principles of social justice, human rights, free speech, whistleblowing and the protection of the environment.  Gavin was a close friend and mentor of Julian Assange and Wikileaks so we say RIP means "Rest in Power".

Please see also our Gavin MacFadyen Award page - he continues to inspire and we know that he would have approved of all those who have won the Award.

Thank you to the Reva & David Logan Foundation whose generosity enabled the launch of The Whistler.

in supporting whistleblowers and campaigning for Edna's Law.

(this was confirmed by Companies House to be a breach of the law).

It is necessary to state this because Gavin MacFadyen and Eileen Chubb were 2 of 3 co-founders of Whistleblowers UK.

and we have received numerous queries about the legal status, actions, finances and aims of the two companies.

which they made clear in their resignation open letters. 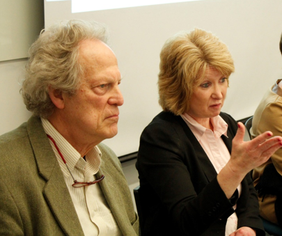 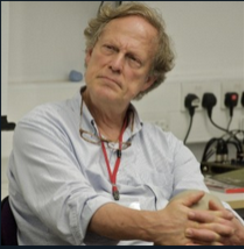 Thank you to everyone who has supported The Whistler in so many different ways:

and all round moral support!

Special acknowledgements to the CIJ team:

and our film-maker Niels Ladefoged

Director & Founder of the
Centre for Investigative Journalism and Co-Founder of The Whistler.

World In Action, the

The Money Programme and 24 Hours, and

Eileen works closely with the media including the BBC Panorama documentary "Behind Closed Doors: Elderly Care Exposed", and has carried out joint investigations with Heather Mills of Private Eye into the Care Quality Commission and care home owners.  Her report CQC An Ongoing Concern exposed how CQC misleads the public. She also wrote on Misconduct In Public Office in a report "Should We Abolish Accountability?"

She is the author of Beyond The Facade, about the "Bupa 7" who reported abuse of Edna and other Residents at Isard House.

They became the first PIDA case.

In 2020 publication of There Is No Me In Whistleblower outlining the case for Edna's Law was met with an unsuccessful attempt to have the book withdrawn.  Dismantling The Facade was published in 2021.

She contributed to the books "Here We Stand", "Shadow State" and "Forever Young", and "Hazards" Magazine, and is a frequent contributor to the media on care homes and whistleblowing law in all sectors.

Eileen has run a helpline for whistleblowers for many years, originally intended to provide support for care workers.  When whistleblowers from other sectors called, a separate Whistler helpline number was set up to support them as The Whistler network includes all sectors.