is dedicated to the memory of Edna who died because  BUPA ignored not just one but SEVEN whistleblowers who tried to save her.

PIDA failed Edna, it failed the

Bupa 7 and it continues to fail whistleblowers and the public. 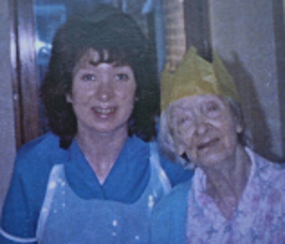 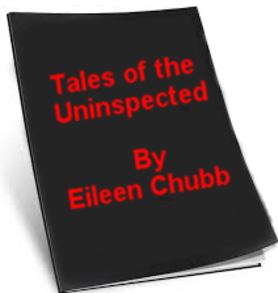 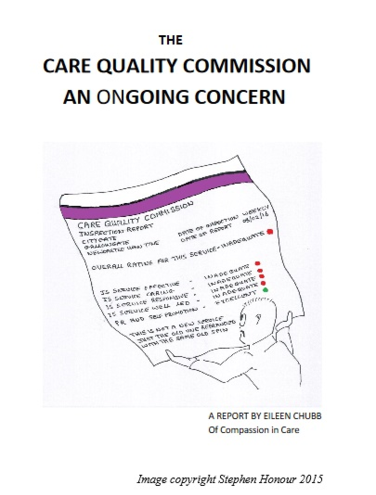 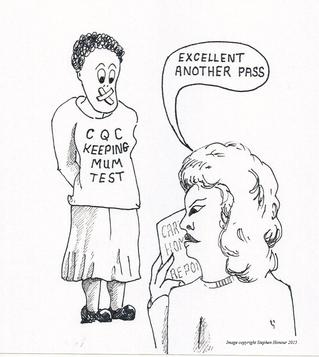 We  work closely with journalists, whistleblowers and families

to expose poor care and abuse.

Our evidence proves that in many cases the

Care Quality Commission failed to take action when alerted by not just one,

(exposed by us and Private Eye)

and by being complicit with care home owners in allowing them to re-register under a new name to hide bad inspection reports. 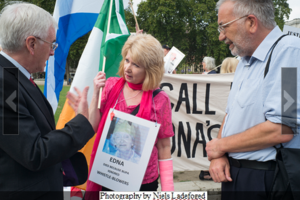 and most of all

are why abuse happens and all our work is aimed at breaking these four links in the chain of elderly abuse.

Compassion In Care and The Whistler are not affiliated to any political party.

We are grateful to

who have supported our work,

to listen to whistleblowers and  to understand the core issues.

Both have given practical support at Westminster by presenting petitions and attending protests.

​Will CCTV in care homes stop abuse?  NO

More workers would become whistleblowers if it was safe to do so.

Currently many know it is not safe because they have seen colleagues being forced out after raising concerns.

We have always been in favour of individuals using covert cameras to film in care homes.

We have never supported the use of overt surveillance cameras

under the control of owners or people who have already shown their willingness to allow neglect in their homes.

this is a system open to misuse and could even be used against concerned families and staff.

CCTV paid for by families will give them a false sense of security,

because abusers will easily know how to avoid detection, the abuse will continue in places the camera doesn't record,

and the care home owners will be able to say

"No, abuse can't happen here because look, we have CCTV".

Remember that we have proved that many care home owners, with the CQC,

have misled the public for years by the re-registration scam to hide bad reports.

Will these owners hand over footage which is damaging to their profitable businesses?

Consider the following example:
Care Protect, a new company which sells camera surveillance to those with a loved one in a care home,

recently announced their trial run in a Birmingham care home to be a great success.

Care Protect is owned by Philip Scott, who was running Southern Cross at a time

when we visited 60 Southern Cross homes and found appalling conditions,

staffing levels were so low that staff had no hope of delivering the care needed.

of people such as Will Perrin who died in agony covered in appalling pressure sores.

We were the only charity who spoke out against Southern Cross

because we do not take money from care providers or Government.

The charity Action On Elder Abuse was silent, but then it is a matter of record

how much Action On Elder Abuse received from Philip Scott whilst he was running Southern Cross.

which was also a generous benefactor to Action on Elder Abuse.

Within weeks of opening, Priory Care Homes were embroiled in yet another scandal

which again we exposed with the help of Private Eye,

eg Charles Court Care Home in Hereford was opened by

and the latter received another generous donation from Philip Scott.

which was a former Southern Cross home and is now owned by Zest Care.

This home has a long dire history of failures.

where vulnerable elderly people suffered while he walked away with millions, much of it from public funds

because many care home residents are funded by NHS continuing healthcare or local authorities.

Tales of the Uninspected, here are just some of them:

who have suffered terribly in his homes.

THE FACTS THAT SUPPORT OUR VIEW ON CCTV

We advise people to raise concerns in writing with the care home and if no action is taken then to contact the CQC and the local authority.

If these take no action, we then advise the use of covert cameras.

The use of covert cameras continues to be the most effective method in exposing not only the abuse taking place but also the failures of the relevant authorities to act. We are completely in favour of individuals using covert cameras.

As a whistle-blower who witnessed widespread abuse first hand I know that the use of CCTV would not have stopped the abusers, in fact it would be used as a defence by unscrupulous care companies and end up protecting the very worst abusers.

The following cases are based on first hand experiences.

Case 1. EDNA
Edna was administered doses of the anti-psychotic drug Chlorpromazine from illegal stockpiles.  Her medication records were altered by hand and signed by two members of staff.  Edna was legally prescribed 20mls of the drug but illegal doses of up to 180mls were routinely administered because a person who is drugged does not need care and attention.

This abuse was perpetrated by a “power abuser” (See Beyond The Facade By Eileen Chubb pages 303 to 310 for full details on the power abuser). The most effective method to stop this abuse would be a law that truly protects whistle-blowers, but no such law currently exists. Whilst we wait for such a law the use of a covert camera by a whistle-blower, as well as duplicates of the paperwork. is the only other method to stop this type of abuse. What happened to Edna was subsequently upheld by an independent pharmacist after whistle-blowers raised the alarm but it was not enough to save her.

Had covert cameras been available for use by the whistle-blowers who knew exactly what evidence needed to be filmed, and had that footage been taken to the media, the abuse would have been stopped.

What a CCTV camera would have captured
A medication round.

A whistle-blower or concerned relative could at this point have used a covert camera outside the toilet area to show the catheter was full.

What CCTV would capture
A resident being taken to the toilet.

What a covert camera would capture
Susan was called “aggressive” and was said to be a risk as she lashed out at staff, and as a result she was prescribed sedative medication.

However whistle-blowers knew that a power abuser was bending Susan’s thumb back causing her to lash out. This assault was taking place under the guise of approaching Susan talking to her nicely by bending down in front of her and doing what looked like from a distance as gently holding her hands, only the whistle-blower wearing a covert camera could capture this and it would be difficult but could only be filmed by a human tripod.

What CCTV would capture
Evidence that Susan was violent and needed the sedation her family had questioned.   Evidence of allegedly good staff practice.

I could list dozens more examples, the list is endless. The use of covert cameras across the world continues to expose and stop abuse of vulnerable people and the covert cameras’ greatest asset is that they are controlled by concerned staff and relatives who are gathering evidence of specific concerns.

CCTV is easily by-passed by the worst abusers and the abuse is driven into dark corners.

Cameras are powerful tools in the hands of the right people and the safest hands are the people who care and who have no other motive or incentive but stopping abuse and keeping people safe.

The CCTV industry are keen to claim that their cameras highlight good and poor practice, but as an eye witness to the worst abuse I know how the worst abuse is dressed up as good care.